Drone Can Walk Dog .. But Can It Pick Up the Poop? 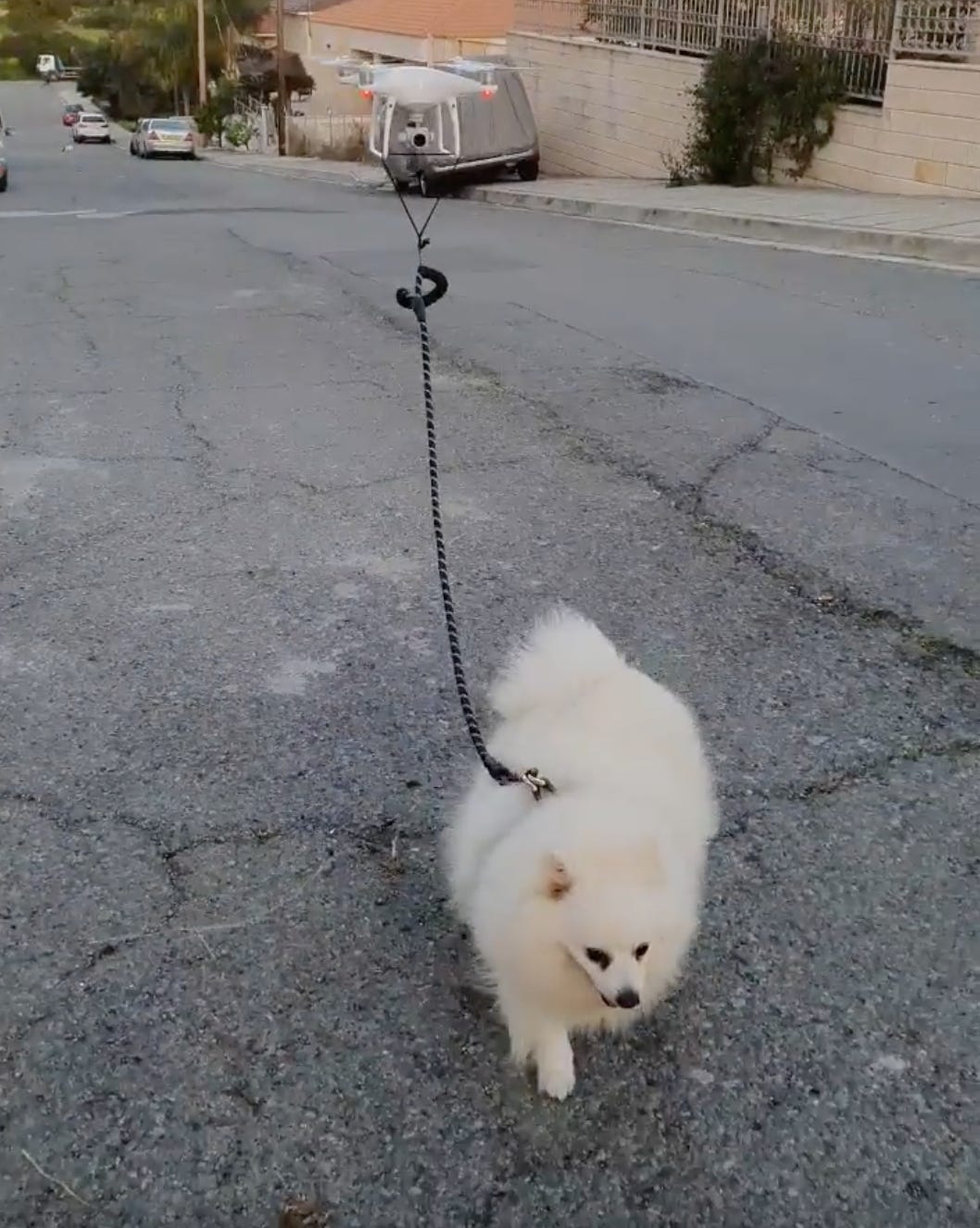 The ongoing coronavirus pandemic has caused people all over the world to re-think how they perform daily tasks and errands without leaving their home.

For one man in Cyprus, that meant deploying his drone to take his dog for a walk.

In a video published on Facebook by Vakis Demetriou on March 18, a small pup can be seen strolling down the street with nothing but a drone hovering at the other end of its leash.  The video has since been republished on Twitter and by several news outlets. The video caption read: “5th day quarantine. Stay home safe but don’t forget your dog’s happiness.” It has had more than 3.5 million views on Twitter.